While many of us rely on phones to remain productive during the day, too often are we now picking up the phone to a spammer’s snake-oil sale: “Hello, we are reaching out to inform you that there has been an issue with your account” or similar nonsense. While this is enough of an irritant in our daily lives, it isn’t as though a business can wait for a call to go to voicemail to find out if it was legitimate or not.

Chances are, you’re all too familiar with exactly the kind of scam I’m describing. The one that makes the Do Not Call List sound like wishful thinking, that makes it look like someone from your area - or even your contacts list - is trying to reach you.

Chances are, you’ve answered one of these calls, only to hear silence, broken after you say “Hello?” As soon as you do, a (likely prerecorded) voice launches into its tirade, being a nuisance and bothering people.

Chances are, you may have even received angry phone calls from people you’ve never met, let alone called, claiming that your number has been the source of repeated calls just like these.

Unfortunately, the scammers responsible are talented at skirting rules and regulations.
Calls like these have been harassing users for quite some time, simply because the scammers understand how to cheat and find loopholes. This is all despite the efforts of regulatory bodies like the FCC (the Federal Communications Commission).

In November of 2017, the FCC enabled telephone providers to block calls that were presumably fraudulent. This was based on many factors, like the calls coming from invalid numbers or numbers with no service provider attached.

However, the rules outlined in the 2017 Call Blocking Order weren’t enough to stop scam robocalls for long.

Now, we all have had to deal with the huge nuisance of neighbor spoofing. Neighbor spoofing has almost certainly affected you directly, and if you’ve been lucky enough to avoid it, it’s happened to someone you know.

But you may be asking, what is neighbor spoofing?
If your phone rang, and you have caller ID enabled, you’ve probably developed the habit of checking the number before you answer it - after all, a local number is probably safe to pick up.

Neighbor spoofing has made it so that assumption is no longer the case.

Instead of using a fake number to call their targets, scammers using neighbor spoofing will actually use someone’s real number to call someone relatively nearby - sometimes literally next door. If you’ve ever received an angry phone call from someone demanding an explanation for someone with your number repeatedly calling them and harassing them, your number just so happened to be the one that these cybercriminals spoofed.

There have even been reports of people receiving calls from their own number, claiming to be from the phone company as an attempt to “verify a hacked account.”

Neighbor spoofing is also a very effective method for scammers because it can bamboozle the automated protections already in place to stop scam calls, just like it fools the targeted phone’s user. This also keeps the Do Not Call list from affecting these scammers’ attempts (as if it ever stopped them before).

Additionally, many apps may add some unwanted complications, even if they are effective.
There are mobile applications available that are intended to stop robocalls from ringing your smartphone in the first place. One such application, the aptly-named RoboKiller, does this in two ways. First, RoboKiller references a list of numbers identified as spam, and blocks these calls completely. Second, it uses a patented analysis of the call’s audio fingerprint to compare it to those of other spam calls. Regardless of the number it appears to come from, RoboKiller can identify if it is a match to a known attempt.

You’ll only know that you were targeted after you read the notification that RoboKiller provides.

Meanwhile, RoboKiller responds to the scammer with a time-wasting prerecorded message. You can then review the calls that RoboKiller blocked by opening the app on your phone. There, you can listen to a recording of blocked calls to determine which calls were spam, and which were legitimate attempts to reach you. From there, you can whitelist a number by pressing the Allow button.

Users of RoboKiller can also add numbers to their list of permitted callers to allow them to come through. RoboKiller is a subscription-based application that charges $2.99 each month ($24.99 for an annual subscription), which may be seen as a relatively low cost if you’ve received enough of these calls.

As RoboKiller states on their website, “With RoboKiller, you don’t stop neighbor spoofing. You take action in the fight against the robocall epidemic.”

However, this approach isn’t without some worries.

For one, consider the cost of admission for this app. Yes, $2.99 may seem like a bargain if you have a smartphone, but what about all the people who still don’t? Furthermore, many mobile users today are of older generations, and may not understand how to work the application (or again, may not have a device that is compatible with the app). Yet, these worries may not be necessary for long.

Both the government and the telecom industry have had enough.
It wasn’t long after the 2017 Call Blocking Order was released that the attorneys general from a full 40 states came together to form the Robocall Technologies Working Group. This is a bipartisan commission intent on collaborating with service providers to learn about robocalling technology with the ultimate goal of stopping it.

On October 8th, the attorneys general of 35 of those states signed a letter to the FCC stating that the efforts of law enforcement had not and would not be sufficient to stop abusive scam attempts and robocalls. In this letter, the attorneys state some chilling facts:

Facts like these only highlight the pervasiveness of these scams, and how important it truly is to eliminate them as much as possible. In fact, the Federal Communications Commission has gone on the record to demand that mobile providers figure out a standardized system to help prevent these calls from reaching mobile users, echoing the demands made by the attorneys general.

This system would rely on call authentication to ensure that only legitimate calls would make it though, and that spoofed calls would be caught by requiring all calls be verified as coming from the correct source.

Not only did Commissioner Ajit Pai release a statement to the press demanding that this system be created, he sent a letter to 14 telecom CEOs, including AT&T’s John Donovan, Charter’s Tom Rutledge, Verizon’s Hans Vesterburg, T-Mobile’s John Legere, Comcast’s Brian Roberts, and Google’s Sundar Pichai.

Pai demanded that these changes be ready to deploy in one year, giving telecoms a ticking clock to establish what they call the SHAKEN/STIR framework (Secure Handling of Asserted information using toKENs/Secure Telephone Identity Revisited). This move was met with the approval of the attorneys general, who went on to encourage the FCC “to implement additional reforms, as necessary, to respond to technological advances that make illegal robocalls and illegal spoofing such a difficult problem to solve.”

As the attorneys general said: “Only by working together, and utilizing every tool at our disposal, can we hope to eradicate this noxious intrusion on consumers’ lives.” Fortunately, this will also benefit the businesses that have been affected.

With any luck, we’ll only have to deal with the robocalling nuisance a little while longer. For assistance in keeping other scams from interrupting your business and putting it at risk, reach out to Aniar IT Services. We have the experience to stop the other threats you would otherwise deal with on a daily basis. Call 094 90 48200 today.

Tags:
Security Spam Smartphone
Tip of the Week: How to Replicate and Relocate Tex...
You May Be Surprised What You Are Missing Without ... 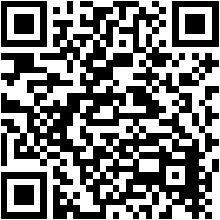