Frustrated by Your Android Device Lately? A Bad Update Might be Why With a global market share of 71.9 percent, the Android operating system that Google provides is well and away the most utilized there is today. Despite the fact that different phone manufacturers will fiddle with the OS to fit into the devices they create, Android tends to be pretty stable—which is part of the reason why many users were surprised around March 22nd, 2021. This is when these users discovered that their applications were crashing incessantly.

This issue wasn’t constrained to a given application, either—numerous, otherwise unrelated applications began to persistently crash whenever the user attempted to start them up.

Gmail reportedly created issues amongst users, while others found themselves unable to do a Google search through their browser. Lastpass also became notorious for crashing during this time. Other applications remained unscathed with no apparent rhyme or reason. It wasn’t as though Google’s applications were specifically creating issues—applications of all kinds were crashing, and giving users no small amount of stress as a result.

The Cause of These Android App Crashes

The underlying cause of these issues was soon identified, and the news quickly spread on Twitter: a system application known as Android WebView had received a buggy update.

Powered by the Chrome browser, WebView is meant to give other applications the capability to reference web-related content. For a short time, the only recourse against these application crashes was to uninstall the updated version—but Google soon released a new update fixing the bug. In fact, some users missed the issue entirely, based simply on the timing of their device’s update checks.

This proves an important point, regardless: while updates are important and should always be seriously considered, they aren’t always perfect and can present some unforeseen flaws. This is something that should always be kept in mind when installing an update on either a work device or a personal device.

This is precisely why we follow a policy to always evaluate updates in a controlled environment—particularly when they pertain to mission critical apps. While it only took Google 12 hours or so to identify and mitigate the issue, it needs to be remembered that it was a particularly pressing one. There is no guarantee that all update-borne issues will be resolved so quickly, especially if one doesn’t affect as many people. The time you have to wait could extend from hours to full days, weeks, or even months.

Hence, why we always recommend that you test updates and patches before applying them to your business’ devices… just to be safe.

Don’t get us wrong: keeping your IT up-to-date is important. However, it is also important that you are still able to use it afterwards. Aniar IT Services is here to help businesses like yours with their critical IT management and maintenance. Reach out to us at 094 90 48200 to find out more about how we can help.

Tags:
Google Android Smartphone
The SMB’s Checklist for Necessary IT Services
Should IT’s Role Be Expanding in Your Business? 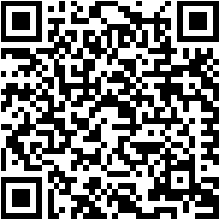