Getting a New Computer? We Can Help, Part IV Without a monitor for your new desktop, it won’t be much to look at. While you’re recovering from that pun, let’s discuss some of the major considerations you might have for purchasing a display for your new device.

The Number of Monitors

Do you have more than one monitor for your home PC? Most people don’t, which is why having a second one is all the more interesting once you get to a work environment where it’s practically necessary. Having more than one monitor can dramatically improve your productivity by spending less time moving applications around and having multiple applications open without needlessly complicating the screen.

Utilizing multiple monitors is so common these days that most desktops will support it right out of the box. You need to check to see if your desktop comes with two or more ports first, though. You’ll see several options for connecting displays to your computer, including the following:

Budget desktops will require that users examine how many ports are available on the device. It would stink to get the wrong kind of monitor because you thought you had a port for that particular type. Some types will also require connectors or adapters, so be sure to do your due diligence before purchasing a monitor.

Integrated video simply means that your computer processes video and graphics from hardware that is built in on the motherboard rather than a dedicated graphics device, like a video card. Most office PCs don’t need dedicated graphics, but they are helpful for video editing and gaming. Of course, this is also where the price starts to increase. High-end graphic cards can cost anywhere between $500 to $1,500.

Most graphic card chipsets have multiple models, and with so many companies out there selling their own brands of hardware, purchasing a graphics card might seem a little intimidating. While you don’t have to worry about things like 3D rendering or video editing (unless you’re making a gaming or video editing rig), the graphics card that comes with your desktop’s hardware will likely be adequate.

Are You Purchasing Monitors for Your Desktop?

With so many options to consider, we want to outline some of the important specs you’ll need to focus on when looking for a monitor:

Aniar IT Services can help you determine the best options for your display needs. To learn more, reach out to us at 094 90 48200. 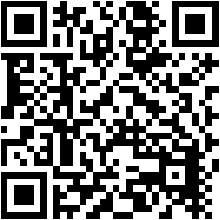