Passwords used to be the law of the land, but in a world where passwords are more at risk of threats than ever before, people have turned to passwordless solutions. In fact, one of the biggest tech companies out there—Google—recently took steps toward passwordless authentication which we think is pretty darn important.

An easy way to explain passwordless authentication is to describe it as multi-factor authentication minus the password. We all are used to passwords being a security standard, but the unfortunate truth is that they are not secure, and they were never meant to be used for security. They were implemented with the intention of authorizing users to access certain data, not inherently securing it.

In other words, the primary motivator for using passwords was convenience, and now that there are better ways to secure systems, we should be moving away from passwords as much as possible.

In comparison to the password, you have authentication measures that were created with the express purpose of security in mind. You might have noticed that there are more devices and accounts asking for personal identification numbers and biometric-based forms over passwords, and this is why.

Google’s Implementation of Passkeys in Chrome and Android

This is a significant step forward for security with Google products and services. A passkey can be created and stored in the hardware itself, while also backing data up to the cloud and granting access to various accounts and data, all without the use of a password.

Eliminating passwords means that phishing risks are decreased substantially, and password reuse isn’t nearly as big of an issue as it usually would be.

We don’t want to downplay the importance of this move, as these passkeys can make a real difference for your cybersecurity. Whether or not they will be widely adopted and utilized is another issue entirely, but we hope that people will continue to see the value in solutions other than the dilapidated old password.

Aniar IT Services can help you with just about any security solution you’d like to implement. To learn more, reach out to us at 094 90 48200 .

Tags:
Security Google Passwords
Discussing the Modern Search Engine, Part 1
Tip of the Week: How to See Your Current Spreadshe... 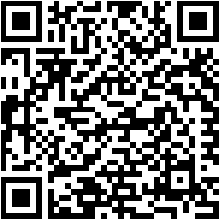