Net Neutrality and the Digital Future In the United States, the political atmosphere in 2020 was extremely testy and one element that we typically keep our eyes on is the net neutrality rules that seem to change every few years or so. Today, we thought we’d revisit the issue and tell you what to expect over the first few months of the new administration.

So, What is Net Neutrality?

Net Neutrality is the theory that the Internet should be viewed as a utility and therefore be regulated in a way where use of it is fair throughout. The debate rages between pro-net neutrality people and pro-business people who believe that by having so many rules in place, innovation of Internet-based technology suffers. Some variables that are part of the argument include how the services are deployed, how telecommunications companies set prices and service packs, and how to get the Internet to everyone who needs it (which is everyone these days).

The Federal Communications Commission, led by FCC director Ajit Pai, successfully oversaw the repeal of the net neutrality regulation in 2017, which effectively re-categorized Internet services from being a utility to an independent service. Of course, this was met with extreme frustration by the masses, who overwhelmingly believe that the Internet should be a universally regulated entity, just as electricity and water services are.

Where We Stand Now

If net neutrality were still in place, who knows what would have happened, but you could bet that the FCC, as a regulatory body would have done what it could to ensure that lines of communication weren’t obstructed because of profitability issues.

What Will Happen with Net Neutrality in 2021?

Some people believe that net neutrality will be revisited in 2021; and, while that could happen, with everything that is going on today, and the changes in the FCC mandate, it will be interesting to see if the new administration thinks that it’s a big enough issue to address early on. First thing is first, a new FCC director will be named and that process could take months to iron out. One thing is for sure, the Internet has shown that it is extremely important today and should be protected against any entity that can make it difficult for people to gain access to it.

What are your thoughts about net neutrality? Are you of the belief that ISPs need oversight to maintain fair practices or do you think that the natural market competition will keep ISPs from taking advantage of their positions? Leave your thoughts in the comments section below.

Tags:
Internet Net Neutrality Government
Tip of the Week: Four Tips and Tricks Within the G...
What You Need to Know About the Massive Solarwinds... 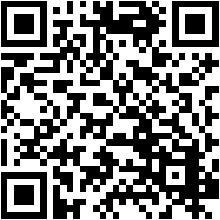