Recent Data Breaches You Should Know Imagine for a second what would happen if your business’ data was exposed and stolen. You’d have a really difficult time going forward as your client-base dwindled and you opportunities for growth dried up. The amazing part is that some very successful companies have this type of thing happens all the time. Today, we will look at some of the largest data breaches since September 1.

Facebook - Facebook had an unprotected server with over 419 million records accessed.  Users had their Facebook’s user ID and phone number exposed. In some cases, user’s names, genders, and locations were also leaked.

Dealer Leader, LLC. - 198 million prospective car buyers were left exposed by an unprotected server. The information that was left out there included names, email addresses, phone numbers, addresses, and IPs.

Zynga - The mobile game maker, Zynga, the developer of popular mobile games such as Farmville and Words with Friends has announced that 218 million players had their data exposed after their network was breached by a hacker.  The company had player names, email addresses, login IDs, phone numbers, Facebook IDs and more left exposed.

Disney Plus - The brand-spanking-new Disney+ streaming service had new user account information hijacked by hackers. Login credentials wound up on the Dark Web soon after.

Magic the Gathering - The popular online strategy game has reported that an unsecured website database has exposed 452,000 player records that include names, usernames, and more.

State of Louisiana - The State of Louisiana has been a victim of a ransomware attack that took down many state agencies’ servers. Although no data is said to be lost, the state’s crucial computing infrastructure was down for several days as systems were restored from backup.

Unknown - An unsecured server containing over 622 million email addresses and 50 million phone numbers, and millions of pieces of other information was discovered. It is unknown what organization this data is tied to as the time of writing.

With hundreds of millions of records being exposed each month, it’s hard to feel confident about giving your personal or financial information to anyone in the current threat landscape. If your business needs help trying to be secure, call us today at 094 90 48200. 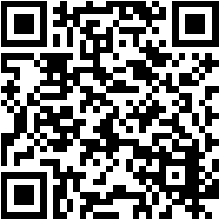