The Next Phase of the Internet of Things The Internet of Things is growing rapidly, and with that growth there will be a stage where thoughts about IoT technology change forever. From RFID sensors to mobile devices to commercial goods, machine-to-machine communications have already made their way into people’s homes and businesses. What can we expect to happen with the IoT in the future? Today, we take a look to answer this very question.

With global spending on IoT research and integration reaching $745 billion in 2019, the IoT is primed to be one of the largest single industries in the world in the future. Individuals, businesses, and governments are looking at the IoT for solutions to their problems. After all, the more information people have, the better decisions can be made. From the outset, it was said that this technology will transform the way we interact with machines and the way they will interact with each other, and only a few short years into a worldwide implementation, that mantra has proven to be true. Let’s look at where the IoT is growing most.

The huge annual jumps in IoT spending is largely driven by manufacturers, transportation, and utilities. Industrial IoT solutions provide companies and municipalities, alike, the link between their cloud-based software systems and their analysts, salesmen, and decision makers. This relationship is tenuous, however, and is closely monitored as a result. If a huge IoT strategy breaks even once, confidence in the platform is destroyed, leaving it an unreliable solution, regardless of the strengths of the technology.

Manufacturers and process managers that utilize IoT solutions absolutely need their systems to be as reliable as possible. That means security, which is the number one improvement that the next phase of IoT has to make. For years, IoT was only somewhat trustworthy because of the lack of integrated security many IoT devices were manufactured with. Today, with security an absolute must for the major undertakings it is being used for, security has improved, but only slightly. A dedication to creating IoT devices that have hardware and software systems that are secure and reliable will dictate just the ceiling of IoT effectiveness.

One of the most intriguing places the IoT has been utilized thus far is in the integration of automated utility systems inside what has been termed, “the smart city”. The smart city uses what are known as low power IoT connections. These devices deliver low bandwidth and power saving features that are perfectly suited to asset monitoring. They can be implemented for a variety of uses, including:

Unlike IoT-connected consumer goods, every IoT device deployed in a smart city would have a purpose that is beyond convenience. Every device would be placed to achieve a goal, improve the usability, longevity, and management of infrastructure, boosting resident safety and improving their access to services, cutting costs and limiting energy use, improving communications, and more.

One thing is for sure, the next phase of IoT implementation is going to challenge conventional thinking and deliver solutions that only a short time ago, were only imaginary. At Aniar IT Services we find technology fascinating. For more great technology information about innovative new tech, return to our blog regularly.

Tags:
Gadgets Innovation Internet of Things
Are You Looking to Buy a New Server?
Tip of the Week: Cloud Decisions for the SMB 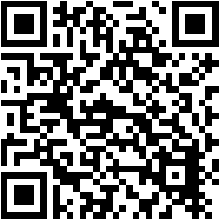