UTM is a Strong Solution to Ward Off Hackers When your employees think about hackers and network security, do they picture some cloaked or hooded figure in a dark room typing away at a keyboard? Do they see a recluse living in their mother’s basement? Popular culture has given many users a false sense of reality regarding hacking attacks and the culture surrounding them, and it can come at the detriment of your business.

While there are, of course, amateur hackers who aren’t necessarily well-versed in how to do it, there are other, more professional hackers who “know their stuff,” so to speak. This is similar to just about any kind of profession or industry. You have the hackers who have no idea what they’re talking about, and you have the seasoned professionals who know the ins and outs of how to infiltrate a network. Unlike other industries, however, the cybercrime industry is effective regardless of the proficiency of those involved with it.

If you think about it, this makes sense. It doesn’t matter what kind of threat is installed on your computer. A virus is a virus, and malware is malware. It’s troublesome at best and dangerous or downright threatening at worst. Therefore, if you don’t take network security seriously, you could put the future of your business at risk.

Traditional Hacking Attacks
Many users might look at hacking attacks and think about the more traditional threats. This includes the typical viruses and malware that users associate with suspicious online activity. These threats can have varying effects, but they generally make life difficult for businesses and individuals alike. This is about the extent of the average user’s knowledge regarding hacking attacks. They know they are bad, but they might not know the real ramifications of such attacks.

Emerging Threats
Nowadays, security threats are much more advanced and dangerous, capable of crippling entire networks. Some examples are dedicated spear phishing attacks in which hackers take on the identity of someone close to your organization, tricking users into downloading the wrong email attachments or sending a wire transfer to an offshore bank account. Other times, it’s installing a backdoor on a network that lets hackers access a network at their leisure. The most dangerous of all--ransomware--literally locks down your business’ files and demands a ransom for their safe return, putting businesses between a rock and a hard place. Suffice to say, these advanced threats aren’t always identifiable by the average user, and some can’t be identified until it’s far too late and damage has already been done.

Don’t let your business remain in harm’s way any longer. Aniar IT Services can equip your business with solutions that can both prevent hacking attacks and respond to them quickly and efficiently. We do this through the use of a Unified Threat Management (UTM) tool that combines enterprise-level firewalls, antivirus, security blockers, and content filters together to create a comprehensive, preventative, and proactive way to keep your network safe. It’s the best way to approach network security, hands-down. 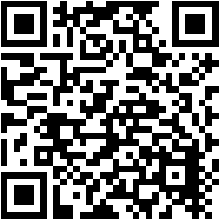