What Does Internet Rights Advocacy Mean? The Internet is a vast and amazing place. Some have even argued that it is one of people’s best-ever inventions. Some would push it further by actively attempting to outline what rights an Internet user has. Advocacy groups have been popping up, and while it has had a marked effect on public policy in more progressive nations, some nations look on these groups with disdain. Today we will take you through human rights advocacy on the Internet, and what to expect going forward.

Initially, the advocacy of Internet Rights was just that: the right to have access to the Internet. While this isn’t a problem for as many people as it once was, some places still don’t have fair, affordable access to high-speed Internet service. Some nations, despite providing access, have Internet laws that subdue use due to an overlaying censorship. This issue, and the monetization of collected consumer data, are two of the hot-button issues today for Internet Rights advocates.

The Internet is a relatively new technology, especially in the manner it is being used by people today. As a result, there are different views on how these technologies are disseminated, who profits from them, and how non-controlling entities have their rights repressed. As a result, you’ll find from the early days of Internet rights advocacy, the largest voices were from organizations that found the equitable portion of the Internet either unnecessary or repressive to the rights of consumers.

Notice that the access to the Internet was not even on the roadmap. The nature of the early commercial Internet was such that it could be successfully described as libertarian. Through the end of the 1990s, as the first round of dot com investments started to tank, it became obvious that the technology would end up bigger than anyone had anticipated and needed regulation.

In the U.S. many fights have been undertaken in the subsequent 20 years. Many of which were pushed by Internet rights advocates. One of the most famous is:

In an attempt to clean up what some people considered indecent content on the Internet (pornography and the like); and more accurately, to keep kids away from this content, Congress passed the Communications Decency Act. The ALCU, which is a well-known civil rights advocate group, filed suit. The provision was eliminated by two federal judges before being heard in front of the Supreme Court, which upheld the lower courts’ rulings. This was a major blow against censorship; paving the way for free expression on the Internet.

While the ALCU isn’t exactly an Internet Rights Advocate, the landmark case ushered in a new world of free speech on the Internet; and, it sets the tone for Internet rights advocates to this day.

Today there are many organizations looking to protect people on the Internet. Sometimes their views overlap, sometimes they don’t. One of these groups, the Electronic Frontier Foundation (EFF), is a major player in the fight to keep speech (and content) free from censorship on the Internet, the fight against the surveillance state, and most notably, the ongoing fight for individual privacy.

Businesses of all kinds, as well as government agencies have grown to take significant liberties with people’s personal information. Organizations like the ALCU and the EEF work tirelessly to get the topic of personal data privacy in front of decision makers.

Have you ever wondered how you just had a conversation with your friend via some type of app about fingerless gloves and now your sidebar on every website is now filled with fingerless glove ads? Most users don’t fully understand that organizations that you interact with online keep a profile on you. All of your actions, any personal or financial information that you share, and more is stored in a file that is often packaged and sold off by those organizations to advertising firms.

These advocates, among the other issues they stand up for, are trying to push the issue of personal data privacy. The main point of contention is that companies profit off of the information people provide, and since this information is very clearly personal in nature, it is their belief that individuals are being taken advantage of. This debate has been ratcheted up significantly with the European Union’s General Data Protection Regulation (GDPR) that intends to protect individual information.

While it might be a matter of time before the U.S. gets a data privacy law in the same vein as the GDPR, Internet rights advocates will continue to act in the public’s favor on this issue, and many others.

One of the biggest fights that Internet rights advocates are undertaking is against the companies that deliver the Internet itself: The Internet service providers (ISP). For those of you who don’t know, over the past several years the U.S. Government created mandates that forced ISPs to provide access to applications and content without favoring any, even if they are the ones that use the most bandwidth.

The theory is that the typical Internet user only does so much on the web. They typically access the same sites and use their Internet connection for the same things. This creates a situation where ISPs, using market adjustments would want to get more money per byte than if users used a variety of sites to do the same. With federal control, they were forced into charging a flat rate.

The net neutrality laws that were instituted in 2015 were repealed in 2017, as controlling bureaucrats argued that there were enough people without fair access to the Internet and the only way to persuade the ISPs to commit to investing in infrastructure that would curb this problem is by repealing the net neutrality laws. Needless to say, this caused quite a stir.

Internet rights advocates were quick to point out investment in Infrastructure is in these ISP’s best interest and giving them the ability to slow down Internet speeds as they see fit is not good for consumers. Unfortunately for most Americans, these ISPs are the companies you have to get your Internet service from if you want speeds that allow you to use it the way you want. Advocates are still trying to do what they can to educate people about the benefits of net neutrality and have set up websites with information and for people to give their support. Organizations like the aforementioned ACLU and EFF,  the American Library Association, and Fight for the Future, Demand Progress, and Free Press Action currently sponsor www.battleforthenet.com, a one-stop site for all things net neutrality.

Advocacy can go a long way toward giving a voice to people who may not think they have one. What Internet-related topics do you find to be problematic? Leave your thoughts in the comments and subscribe to our blog.

Tags:
Internet Users Government
Know Your Cables
What You Need to Consider About BYOD 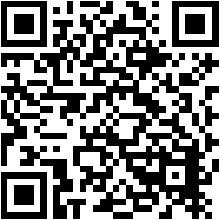