Outlining the Differences Between a Surge Protector and a Power Strip When it comes to business technology, there are sure to be a lot of electrical plugs, so you’ll naturally want plenty of outlets to plug them into. A power trip likely won’t cut it, though. For your needs, you’ll want to invest in a surge protector. Why is the surge protector so much better, you ask? Well, let’s explore this question.

The Big Difference Between Power Strips and Surge Protectors

At first glance, the two devices seem quite similar. Some might even call them glorified extension cords with additional outlets. It should be straightforward what they are used for, but it’s a little more complicated than that.

The difference is in its name.

Power surges are commonplace, and as long as people continue to manipulate electricity, there will always be a risk involved with its use. Surges can cost businesses untold amounts of money, for if electronics receive an influx of electricity that they are not prepared for, they can be damaged–often irreparably.

You want to avoid this whenever possible, which is where the surge protector comes into play. A surge protector keeps these surges from damaging your electronics, while a simple power strip lets them pass right through.

If you want to make sure that your IT systems are set up in a way that minimizes the possibility of a power surge or other disaster, Aniar IT Services can help you acquire the appropriate technology and set it up effectively. To learn more about what we can do for your company, reach out to us at 094 90 48200. 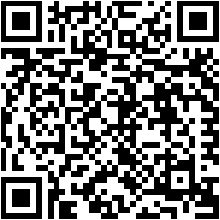