Technology: Then and Now Technology gives business owners opportunities to expand, and essentially has become the center of most business practices. Marketing, customer contact, all sorts of inter and intra communication methods now depend heavily on technology. Let’s take a look at what the past has brought, and what the future could bring us.

Before we discuss what the last decade brought us, I wanted to remind everyone just how limitless innovations are. Many years ago, many of these inventions or technologies seemed unrealistic for the times.

Let’s go through the past decade’s biggest hits, as well as what we might see in years to come.

While many technologies were introduced in the 2000s, the 2010s saw these technologies used in bigger, more innovative ways. Let’s take a brief look at the past ten years and what improvements we saw.

While 4G was actually first developed in 2009, but primarily spreading in the early 2010s, 4G wireless changed the capabilities of wireless data transmission. As a result, further innovations were made, encouraging (and sometimes forcing) technologies to improve. The companies that worked in real-time and heavily depended on application deployment were suddenly given the tools they needed to really take root. Furthermore, 4G was responsible for the viability of many of today’s biggest players, including Spotify, Instagram, Uber, and Snapchat - among many others.

Can you believe that the iPad has only been around for about a decade? It was the first of many mass-produced consumer tablets, and it took other companies a few years to catch up as they followed Apple’s lead. Powered by iOS, and featuring a large screen, the explosive initial sales of the iPad cemented the tablet’s reputation as a useful device, both at home and in the workplace.

In June of 2012, the longstanding wireless networking standard was upgraded for the first time in years. This sixth standard allowed a new age of connectivity, permitting a far larger number of devices to be connected to the Internet.

As we suggested in the section on 4G, streaming was growing in popularity, and it is safe to say that the first Chromecast was partially responsible for that. While it may seem practically ubiquitous today, integrated casting was revolutionary upon its release… and in many ways, it changed how businesses could communicate ideas. Conference rooms everywhere are now equipped to work with this (or similar) technologies.

Today, every major technology brand has its own take on the virtual assistant. Apple has the OG - Siri - while Microsoft has Cortana, Google has its Google Assistant, Amazon has Alexa, and Samsung has Bixby. As such, the development of this technology spurred a new competitive spirit among these rivals, to the benefit of the user. With all of these companies working to create advanced, better assistants to sway consumers, machine learning has improved exponentially through these efforts.

Despite largely flying under the radar, one of the most impactful advancements of the decade is the development of the USB Type C connector. With the exception of Apple, it has been accepted as the industry’s standard connection for power and data transmission, and can therefore be found on most post-2015 devices.

As they attempted to put together a mobile OS, and their redesigned Windows 8.1 OS failing to replace the aging Windows 7, Windows 10 was developed to standardize the Windows experience and modernize it for longevity. Now, Windows 10 has been established as the standard, running on 64 percent of all PCs in existence, a number that will grow even higher as Windows 7 is finally put out to pasture.

While there is an argument that, technically speaking, the Internet of Things is more of a 2010s development, the 2020s are poised to be the decade that Internet-connected devices are truly viable tools, with the necessary integrations, functionality, and (most critically) security finally in place. This is predicted much for the same reason that mobile technology took off last decade - the fact that wireless networks improved.

Frankly, there’s so much more we have yet to accomplish, as the near future is poised to turn what was very recently science fiction into fact. For instance, the next 10 years will likely see the following technologies come more into the mainstream:

With certain areas currently rolling out the 5G wireless standard, and more guaranteed to follow, there is hope of a fundamental shift in how people can use their technology. As if today’s networks weren’t already burdened by our data demands, we are only increasing these demands as time passes. However, 5G potentially promises a variety of benefits - including ubiquitous access, powered by broadcast sites that focus on delivering performance to each user rather than to a given neighborhood. Today’s 5G users have experienced speeds measured in gigabits, so just imagine this capability spreading.

While the phrase “artificial intelligence” has been somewhat inflated by popular culture, the more practical use of artificial intelligence is slated to increase by a significant amount in the 2020s. Today, neural networks are already in use as a means to recognize data patterns, assisting in automation processes. With the amount of data increasing exponentially, these neural networks are bound to see exponential benefits, and we will be able to put AI to use in more complex and dynamic applications.

Like we said, the Internet of Things is only going to grow as time passes, and the many technologies and solutions that are included under this umbrella term will finally have the wireless capabilities needed to make a real impact. Cities will be made smart, using AI to increase the efficiency of crucial services and eliminate waste. Driverless cars will make commuting and traveling safer, and crucial systems in finance, healthcare, and infrastructure will be improved.

There has been a notable trend toward increasing how immersive our technology is, and that will culminate in something known as mixed reality. As the predicted replacement to today’s mobile platforms, MR would provide interactive overlays in real-time for all kinds of applications, ultimately reducing data strains. As a result, we could see a variety of applications be completely revolutionized, including education, entertainment, and social interaction.

Just as it did throughout the last decade, technology is sure to transform throughout the coming one. What innovations do you hope to see? Let us know in the comments! 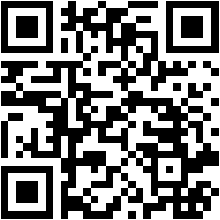